Игорь Брызгунов News 25.05.2017  The Russian government has clarified the description of the production of components for wind turbines. 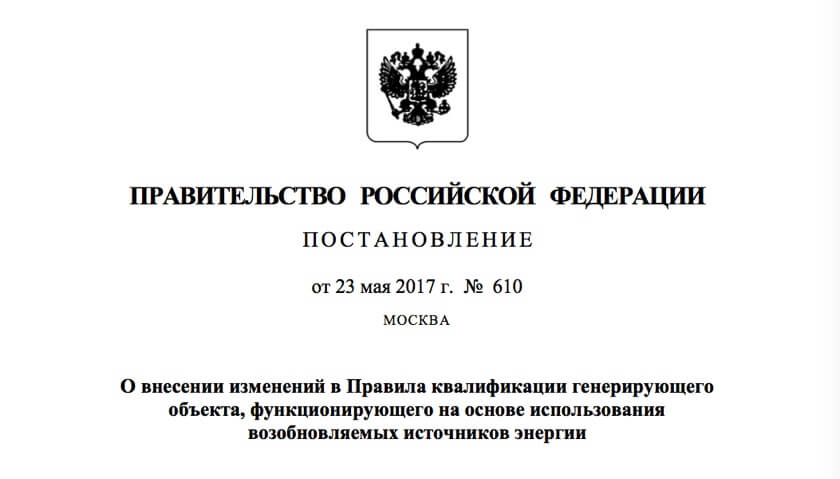 On May 23, 2017, the Government of the Russian Federation issued Resolution No. 610 “On Amending the Rules for the Qualification of a Generating Object Operating Using Renewable Energy Sources.”

The resolution details the production processes, many of which have so far raised questions. In particular, with regard to the possibility of using imported materials and the possibility of producing certain technological operations abroad before the possibility of producing such operations in the territory of the Eurasian Economic Union. The last change is absolutely innovative and expands the possibilities of achieving the level of localization, since some enterprises of the power mashine industry have their factories also in countries of the Eurasian Economic Union. This circumstance can also be a political step facilitating in the future the localization of the production of components of wind generators in the countries of the Union and expanding opportunities for the development of the wind industry in them.

Another innovation in the decree was the obligation to have the manufacturer’s rights to intellectual property of some of the components produced.

In any case, the Resolution sums up under more than a year and a half of the intensive work of the Ministry of Industry and Trade and removes many issues that until now were not clear to vendors – producers of wind generators and reduces their risks of making investment decisions when entering the market.