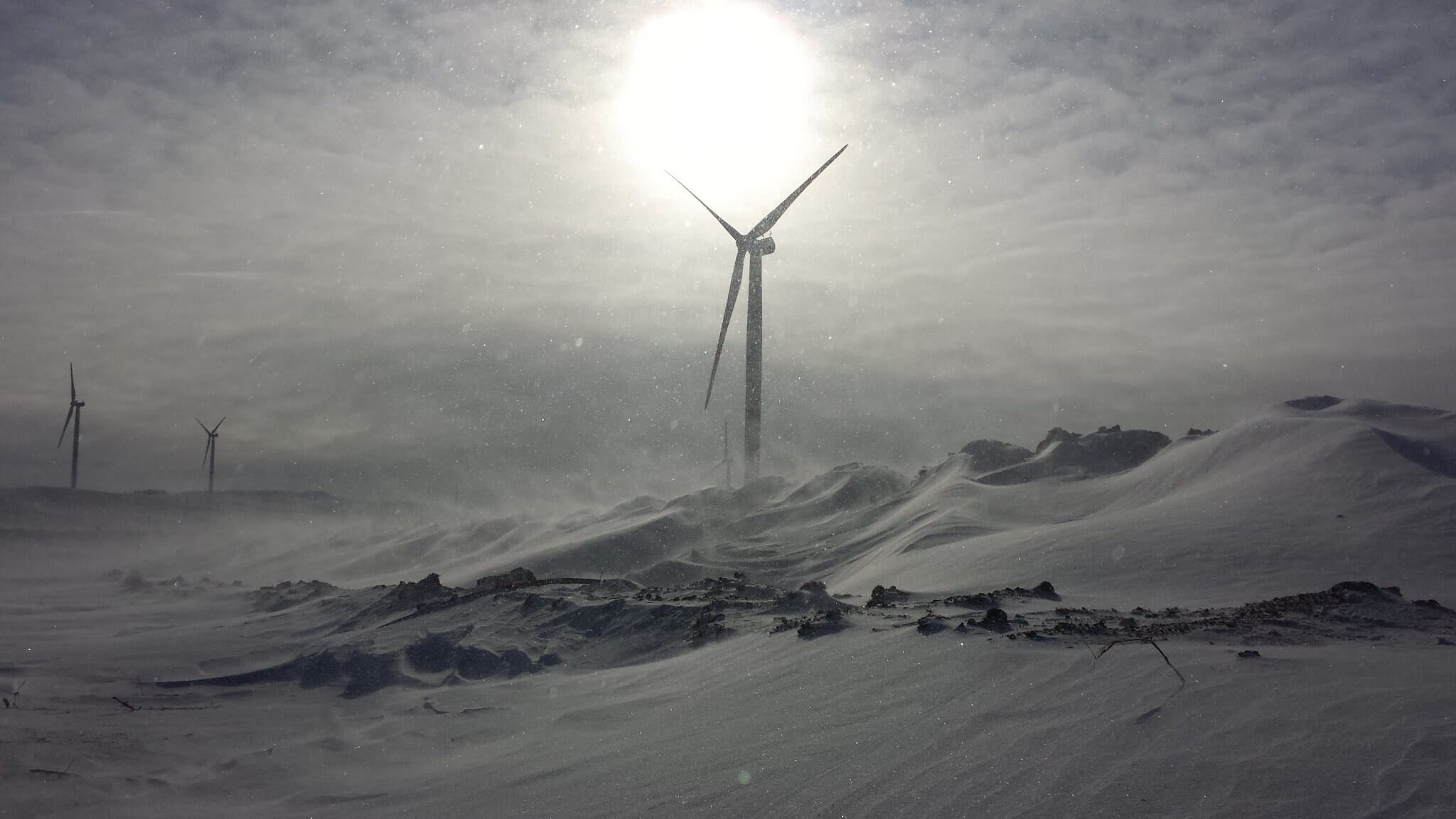 Wind power is the most resource intensive and the most investment attractive market of all renewable energies. The wind industry has developed a global infrastructure. The technologies are proven and the annual capacity additions of wind power are ahead of nearly all the traditional electricity generating technologies. This prospering market started its first developments in Russia basically only one year ago. Some history.

The business development of wind farms, thus the “seed” of the wind energy market in Russia, grew first sprouts long before the emergence of legislation for the support of RES (renewable energy sources) in Russia. The rapid development of wind power around the world gave private development companies in Russia the confidence that this technology would soon also enter their country and thus already developed wind park projects would be requested. For the private companies these initial investments were very risky and quite serious. Despite the fact that the total investment volume was quite small compared to the total Russian potential, the private companies by 2013 already had drafted a significant number of wind farm projects with the total capacity of more than 2 thousand MW. Often, private investments introduce renewable technologies into the market. At that time “RusHydro”, the largest hydropower company with participation of the state, had very high ambitions in the Russian wind power market. The company was even the leader in the emerging market of wind park project development. Furthermore “RusHydro” was the forerunner in establishing contacts with manufacturers of wind turbines and in the preparation of various alternatives for legislative support and thus created the entire market infrastructure. One can boldly say, that with the support of “RusHydro” a lot of companies were founded in Russia, that still successfully consult all different stakeholders in the market.

Despite the fact that already in May 2013 the policies to support wind energy as well as all other renewable energies were introduced in our country, the wind energy did not “take off” at this moment. As a result of the lobbying of a manufacturing company the unattainable localization level of 65% in the following two years was adopted. This made investments in the market very unattractive and most industry investors even had the feeling that this requirement was prohibitive and the interest in the Russian market, that had only started to grow, disappeared.

Despite these difficult circumstances, the Czech investment company, Falkon Capital, submitted its project with a capacity of 51 MW for selection. This project, which is one of the most sophisticated projects in the South of Russia – in the Republic of Kalmykia, is only a small part of the main project with a total capacity of about 300 MW. Obviously, the risk in such a situation is very high and requires therefore a long-term orientated foresight. In the end the investor himself determines the conditions under which the investment decision is taken. However the risk paid off and the company signed a capacity supply agreement with the market regulator and the wind farm should be built between 2015 and 2016. This year, the company signed an agreement with the German wind. The company’s participation in the official project selection in 2014 played a very important and strategic role in attracting new attention to the market and its great prospects.

It took more than a year of hard work between the market participants, the Ministry of energy and the Ministry of industry and trade, to correct the mistakes in the legislation. Thus, the localization requirements were pushed to the “right” levels and at the same time the maximum permitted level of capital expenditures was doubled, as it had become too low due to the currency crisis in 2014. However, these changes were decisive and radically changed the situation in the market, as potential risks where reduced and thus made investments in it very attractive.

As a result, during the selection process in December 2015 the 35 MW project of the company JSC “Fortum” in the Ulyanovsk region was selected. The site of the project is very challenging, and therefore required the highest efforts of the company in order to develop the power delivery and the project documentation. The company plans to begin the construction of the wind farm in early 2017. The turbines for this project will be delivered by the Chinese company “Dong Fang”. Furthermore, the company, like any pioneer, has encountered many significant shortcomings in the regulatory framework and various conflicts of standards. This complicated the preparation of the documentation and then required its defense before the regulatory authorities. This wind park will become the first wind park in “new” history of Russian wind power.

The attractiveness of the market became evident by the market entrance of the state corporation “Rosatom” in June 2016. In June 2016, the company’s subsidiary JSC “VetroSGC” submitted several projects with a large total capacity to 610 MW to the competitive selection process for renewable energy projects. The history of the interest in wind energy of Russia’s largest corporation starts in 2010 and one must say that she has been working on the preparation of the market entry already back then. No wonder that the pre-project works for the first wind farm project in Adygea with a capacity of 150 MW were already completed in 2014. Moreover, the company does not only have high ambitions, but also significant capabilities. Thanks to her parent company, “VetroSGC” has not only the capabilities to develop wind farms and to invest into their construction, but also to completely manufacture wind turbines of the multi megawatt class. The choice of a technology partner of this company is today one of the main plots in the market.

The legislation for the support of RES in Russia requires a high degree of localization, which is logical in a country with a great manufacturing potential. As it turned out, the Russian industry is ready to fully meet these requirements and the largest metalworking, power engineering, composite, shipbuilding and electro-technical companies are ready to produce not 65% but even 100% of the wind turbine components. The localization requirements provide the great possibility for manufacturing and high-tech companies to realize their potential and to develop new industries in the country. In October 2016 UK Rosnano announced its ambitious plans to enter the wind energy market and to produce the main component of the wind turbine, which contains also the major part of the intellectual property, the blades. The company “Ulnanotech”, a subsidiary of RUSNANO, will create in cooperation with the government of the Ulyanovsk region and other businesses a company that has ambitious targets. The company is set up to produce wind turbines and to consequently install them at its own wind farm projects and to thus control both manufacturing and sales of its products. Therefore, it is reasonable to expect that in the near future the company will come up with new projects, a private financing and a technology partner.

Hence, the market has created a situation in which the “first wave” developers do not find buyers for their wind farm projects. In case they find a purchaser the conditions are far from being convenient for them. In general, developers, as one might assume, create a project to “sell” it with a good profit, as the intellectual part and input of know-how in such a project is very high. The complexity of the situation is, that the “new” market participants in the current market model are corporations with great resources, not only financial but also time resources and human skills that can create their own project development divisions and therefore are not willing to pay a higher price for the IP of a wind farm project, which for them consists of the cost of equipment, hiring of experts and to pay the salary of 2-3 employees, certainly not out of their pockets, as do the developers. That means that these large companies themselves are developers, investors and equipment manufacturers. It turns out that this is a market model with a missing major component, the independent portfolio or industry investors, which would be the clients of the developers. There is a market, wind farms are being built, but the independent investors are absent. But we assume that such an unbalanced situation is just a consequence of the fact that the Russian wind energy market is only in its initial stage of birth. Currently, only those companies entered the market who can afford to take the risks, or those who cover several segments of the market, implicitly reducing the risks as well.

The growing interest of experienced players from the Asian, European and American markets in our Russian market lets us also see the growing interest of investors. Finally, this current interest will turn into real and heavy investments, as soon as the first wind farms will have been built and launched. Thereby the players of the market already will have gone through the design process, the construction phase, the commissioning and the startup of wind turbines as well as their operation. Furthermore, local manufacturing partners will have gained, hopefully small, experiences from the solutions to the initial problems and miscalculations. We will work – we will see. Most of all mentioned companies above it is possible at IX National RAWI Conference